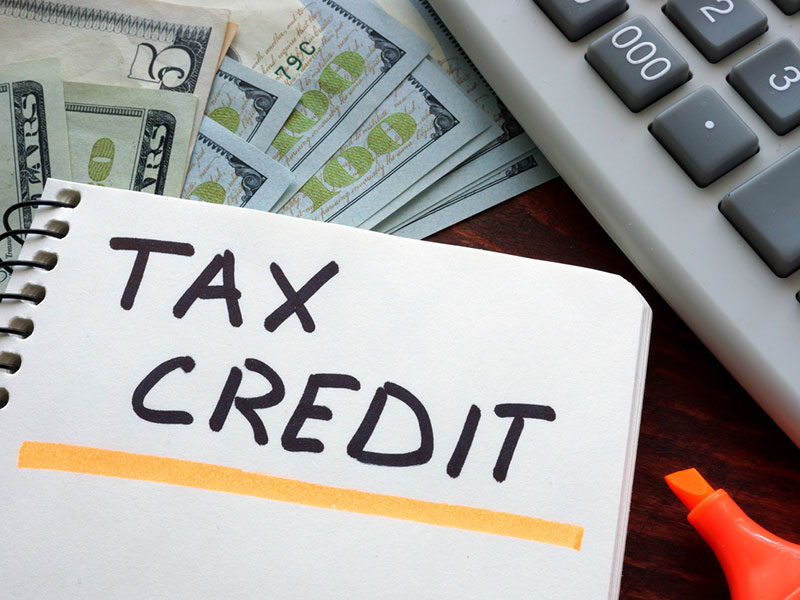 By taking advantage of the Research and Development (R&D) Tax Credit, a midwestern software development firm saved more than $700,000 in federal and state income taxes over two years.

This award-winning, $5 million U.S.-based software development firm is focused on serving the needs of associations, non-profits, educational institutions, and forward-thinking companies. The firm was founded in the 1990’s by software engineers and builds web applications and software solutions to address a wide variety of complex problems based on open source platforms.

The software developers had never thought of themselves as an “R&D” company – that implied scientists in white lab coats running experiments, and that was not the world they lived in. But after their CPA told them about the research and development tax credit, and its potential applicability to software development, the company decided to a little research of its own and soon discovered that the IRS definition of “R&D” is much broader than they realized.

However, understanding exactly how the credit applied to them and the types of activities, projects and expenses that were potentially eligible, still wasn’t clear.

Luckily, they had a good CPA who was not only familiar with the R&D credit, but who also had a relationship with Tri-Merit – a specialty tax provider that works with CPAs and their clients on engineering-based tax incentives.

The CPA recognized the complexity of the credit and that proper analysis relative to the specific facts and circumstances of its client’s business was outside of his skillset. As a result, the CPA introduced his client to Tri-Merit.

As part of its standard phase one feasibility analysis, Tri-Merit began to examine the company’s ability to capitalize on the credit. The benefit of the initial feasibility analysis is that it saves valuable time by identifying potential problem areas before the company commits to a full study. Two critical issues were quickly identified based on the “funded research” exclusion.

Despite this disappointing initial outcome, there was a definite upside: They had taken the first step in investigating their potential credit opportunity and had developed a deeper understanding of what it would take to qualify in the future.

Since there was no fee for the initial assessment and Tri-Merit made the process easy and efficient, they had zero out of pocket costs and a minimal amount of management’s time was required to get actionable results that would inform future tax planning strategies and business decisions.

A couple of years later, the software development firm reached back out to Tri-Merit to discuss reevaluating their R&D credit opportunity. As a result of the initial feasibility assessment, they had made some changes to their business model and the types of engagements and projects the company was pursuing had shifted. As a result, Tri-Merit reevaluated the project work and the contracts to redetermine eligibility for the tax credit.

The new findings were very positive:

Obviously, the company was not able to make these changes to all of their contracts going forward, nor did they necessarily want to as not all of their clients were agreeable to the new contract language, nor was the change appropriate or desirable on every engagement.

However, they were able to make the changes on several of their new larger engagements, and specifically on one of the largest projects the company had ever been awarded.

Following the positive results from the second initial assessment phase, the firm engaged with Tri-Merit to move forward with Phase 2, which is the full R&D study engagement process. The Phase 2 engagement built on the analysis from the Phase 1 evaluation but was much more in-depth as all calculation and documentation requirements were flushed out.

Building on the initial “funded research” contract analysis that was previously performed, Phase 2 consisted of the following steps:

The R&D tax credit was ultimately a big win for the software development company. Through the study process, Tri-Merit helped management determine that they was working on seven different initiatives that potentially qualified for the R&D tax credit under IRC Code Section 41. Of the seven initiatives, six were client specific software development engagements that fully passed both the “funded research” requirements, as well as the four-part test, to qualify.

The other qualified initiative was an internal development project in which the firm was developing tool sets that it hoped to use for future client engagements.

Ultimately, Tri-Merit was able to determine a supportable methodology and quantify the qualified research expenses and resulting credits below: 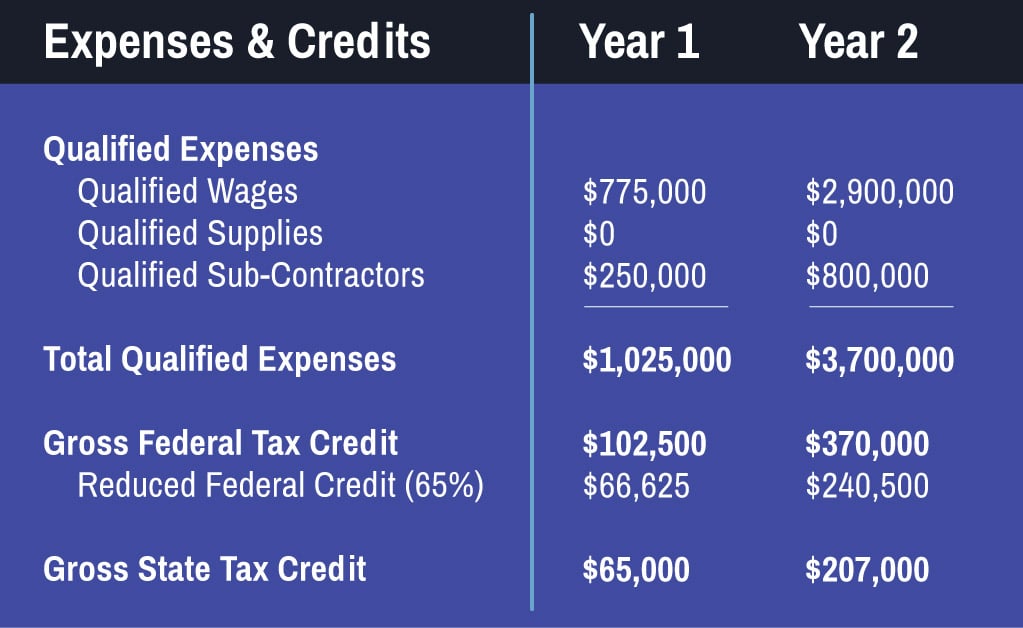 This particular software developer had a very interesting fact pattern that helped it maximize its tax credit, which isn’t all that uncommon among technology companies. Initially the company’s projects did not qualify for the credit, therefore it had no established base amount calculations. When management decided to shift its business model and began engaging in projects that qualified, it established a “Year 1” which is the first year of qualified activities and qualified expenses that the company first incurred. Under the “regular credit” calculation methodology, the base amount calculations have a set fixed-base percentage, which in this case resulted in a low base amount and helped the company generate the maximum credit possible.