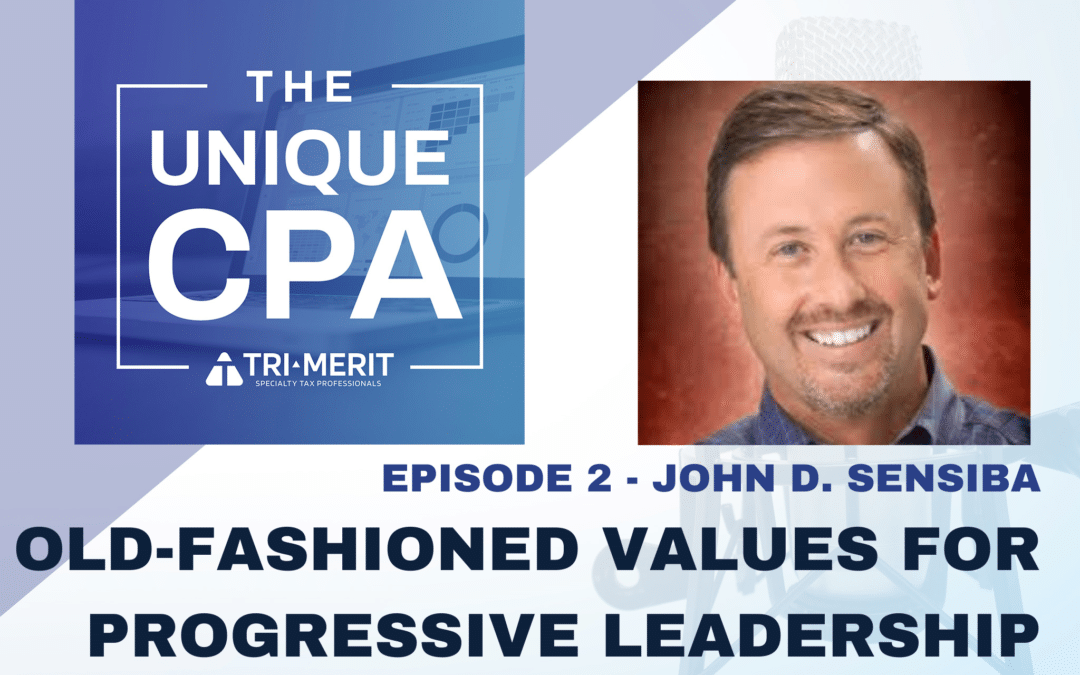 Setting a New Standard for a Traditional Profession

When the bottom fell out of the global economy in 2008, John Sensiba, CPA, stepped into high gear. Determined to save the 30-year-old firm where he worked, he took over as Managing Partner and began a journey he could never have imagined at the time. In this episode, John shares the challenges he faced as he led the practice into a new way of thinking and being as a leader in the community and the profession, as an employer and as service providers. His efforts have more than paid off, taking them to the highly-respected B Corp status – the only CPA firm in California to have earned it.

With 30 years’ experience in the active practice of public accounting, John Sensiba, Managing Partner of Sensiba San Filippo, focuses on leading the firm’s professionals in the delivery of superior client service – helping the communities they serve, the clients they serve, and each other. He is a nationally recognized industry expert and is often leveraged by leading media sources to speak on various significant matters. In addition, he serves as an advisor to other Professional Services firms and has won several awards including the prestigious Mayor’s Award in the city of Pleasanton, California. He is highly active in his community, serving on boards and committees as well as volunteering at his church and other community groups.

"We want to spend time at home with our families...it's just important to our values." @sensiba

What You'll Learn From This Episode:

Featured on the Show: