From Two-Person Firm to Hundreds of M&A 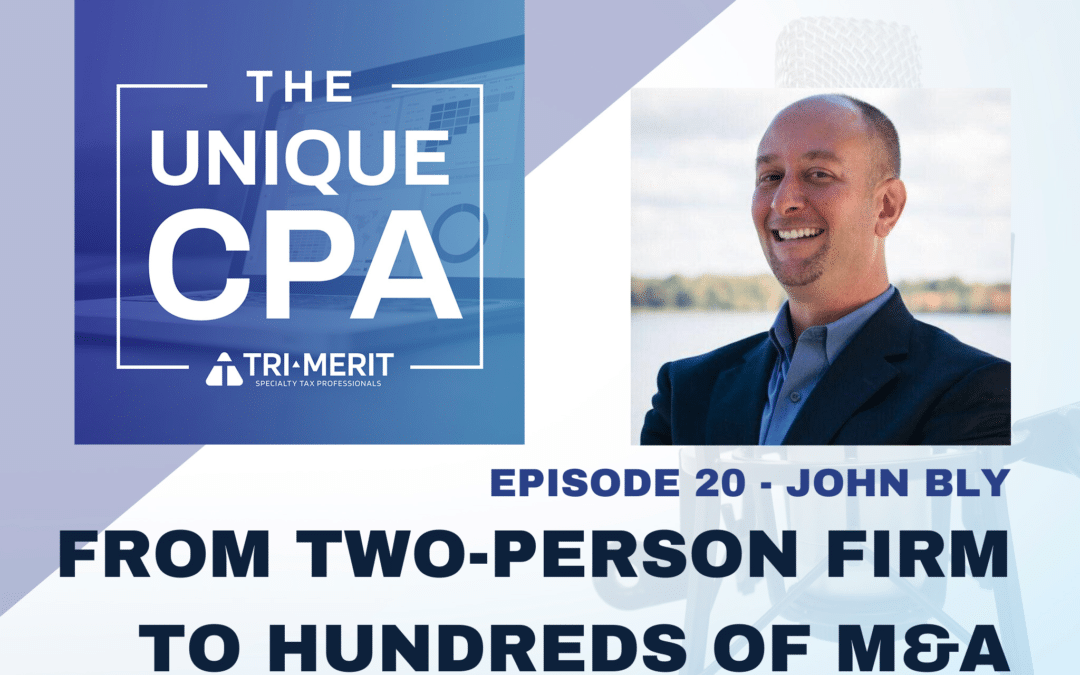 How to Grow a Firm with Focused Mergers and Acquisitions

At the beginning of his career as a CPA, John Bly expected to be a “lifer” at PWC. But soon it became evident that this was not the path he was meant to take. On discovering that it was possible to buy and sell firms, everything was about to change. In this episode, John shares his unusual journey, which took him from being part of a two-person firm with his wife to becoming one of the fastest-growing companies in North Carolina.

After starting his career at PricewaterhouseCoopers, John left to found Bly & Bly CPA with his wife, Darci, which quickly became one of the fastest-growing privately held companies in North Carolina. John engineered the firm’s growth both organically and through M&A, merging with 14 firms since 2004 and ultimately leading to the combination with Aprio. As Regional Managing Partner for the Carolinas, he applies his experience analyzing financial information to advise buyers or sellers in M&A transactions. Considered a thought leader on a wide range of business topics, including taxation, business valuation and mergers and acquisitions, John is a frequently requested presenter and speaks globally sharing business ideas and growth strategies.