Several activities undertaken by companies in the cannabis industry would generally be considered research and development for purposes of the federal Research and Development (R&D) Tax Credit.

The Agriculture Improvement Act of 2018 (popularly known as the 2018 Farm Bill) legalized the cultivation and sale of hemp as well as hemp-derived CBD at the federal level.  While the inclusion of these products as schedule one narcotics prior to the passage of the bill limited the ability to qualify for tax incentives, the rapid growth of and development within these industries has created numerous opportunities.

Potential qualifying activities include, but are not limited to, experimentation in the grow process, developing new strains or concentrates, exploring new application or inhalation techniques or technology, testing new uses for cannabis or cannabinoids, or generally implementing new or improved processes for growth, harvest, production or application of cannabis.

However, due to current federal law, it is only advisable for companies in the cannabis industry to seek the R&D Tax Credit at the state level in those states where cannabis has been legalized for either medical or recreational purposes. 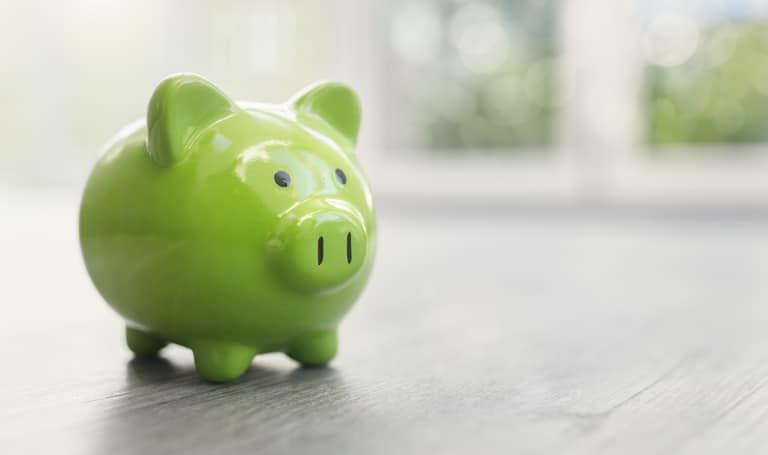 The availability of the R&D Tax Credit to offset some costs associated with research and development activities at the federal level is limited by the application of Internal Revenue Code §280E, which disallows all deductions and credits paid or incurred in the trafficking of controlled substances within the meaning of federal law.

This includes all expenses, even those that wouldn’t necessarily be illegal, such as wages, rent on building space, etc.  Therefore, to date, it has been, and is still not advisable for companies in the cannabis industry to seek R&D Tax Credits.

As a result of the 2007 case Californians Helping to Alleviate Medical Problems, Inc. v Commissioner, 128 T.C. 173 (2007) (known as the “CHAMP” case) there has been some discussion around creating separate entities that engage in only the qualifying research and development activities and having them sell “information” to the entity that engages in the sale of the cannabis products.

In the CHAMP case, a taxpayer that operated a dispensary within a caregiving setting could separate the business activities of the dispensary and the caregiving operations to allow for the caregiving entity to take certain tax deductions related to these services.

This practice came under scrutiny and was discussed in Olive v Commissioner, 139 T.C. 19 (2012).  In Olive, the court applied the nine-factor test from Trupp v Commissioner, 103 T.C.M. (2012) to determine whether the entities were, in fact, “separate” for purposes.

The nine factors considered are:

As with all multi-factor legal tests, no single factor is determinative.  However, significant overlap between the two entities will result in disallowance of an R&D Tax Credit claimed by the “non-trafficking” entity.

Therefore, although some have argued that cannabis companies in the industry begin seeking R&D Credits, absent significant corporate and tax planning to separate entities, it is highly likely that a claim for a federal R&D Tax Credit would be disallowed.

At present, there are 33 states allowing for the medical use of marijuana and 11 states (as well as the District of Columbia) that allow for the recreational use of marijuana.  Cannabis businesses in these states should begin tax planning for documenting their research and development expenses with an eye on claiming their state’s R&D Tax Credit.

Below is a chart showing those states where marijuana has been legalized for medical or recreational purposes: 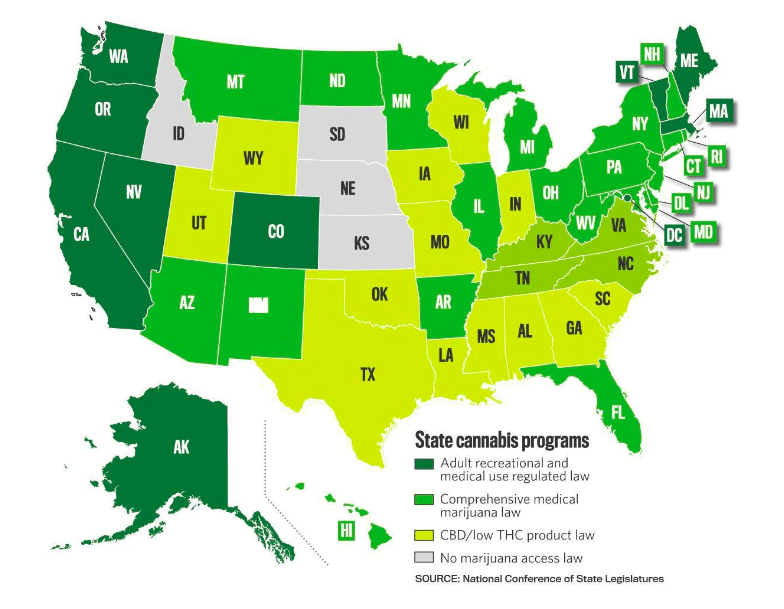 At Tri-Merit, we carefully examine a company’s ability to capitalize on the credit. You must be able to support, document and substantiate your case to receive the credit and that is exactly what our team of experts are here to do. Call (847) 637-5677 or click on the button at the bottom of this page to schedule a discovery call